A Parable from Matthew 13
in the “KJV” (Kim Jackson Version)

(Best enjoyed by reading it aloud)

So the Savior spoke in a series of stories, saying: 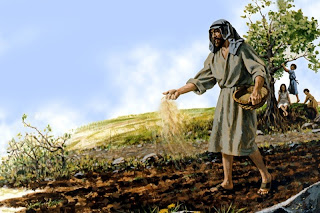 “A certain sower set out to sow some seed, and as he sowed, some seed scattered beside the street and was stomped by several sandaled soles and the scavenger sparrows soaring in the sky swooped, seizing and swallowing the seeds.

Some seed scattered on stony sod, where the soil is sort of scarce, so the scrawny seedlings swiftly sprouted since the soil was so slight. Soon the sun shone severely, suddenly scorching the skimpy seedlings since they possessed such superficial stems, so sadly, they shriveled and slumped. 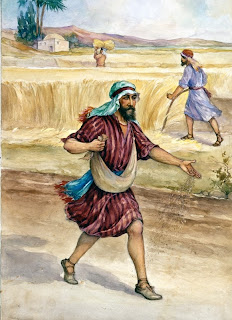 So the story of the sower, the seed, and the soils is this: the seed is the Scripture. Sometimes someone seemingly searches Scripture without succeeding in sustaining the spiritual significance of his study, so shrewd and sneaky Satan schemes, snatching and sabotaging what is sown inside. This is the seed scattered beside the street.

So the seed sown on the stony sod is someone who listens to the Scripture, receiving it speedily with celebration, but is shallow and has such a small source of stability he stands for a smidgen but soon, suffering and seasons of struggle and strife surface and simultaneously he succumbs.

So the seed scattered in the sharp, stiff stickers is someone who listens to Scripture, but soon stews in the distresses of such a sordid society, and seeking assets so superficially satisfying, strangles the Scripture, and all sprouting skids to a sudden stop, certainly a sorry sight. 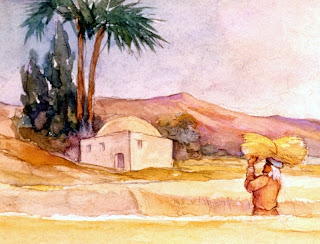 So the seed scattered on select soil is someone who savors Scripture and sagaciously spawns—in certain situations—sensational superior-sized supplies; in similar circumstance, sixty; and in several, slightly smaller, but certainly supremely significant sums."

So this is the story’s cessation.